Join us for this life transformational week of deep healing. This is a once in a life time journey that is sure to open your heart and soul in ways you have never known!

First we honor and give gratitude to the Great Spirit, to Mother Nature, to the Grandfather Sun, to all the Spirits of Nature, to our Ancestors, to the Tribes and Guardians of these sacred plant medicines, to the Lords of these plants, and to our teachers Taita Juan and the Grandmothers and Grandfathers, and we give thanks to all of you whose hearts are open to heal yourselves and to bring this light to all beings around the planet. 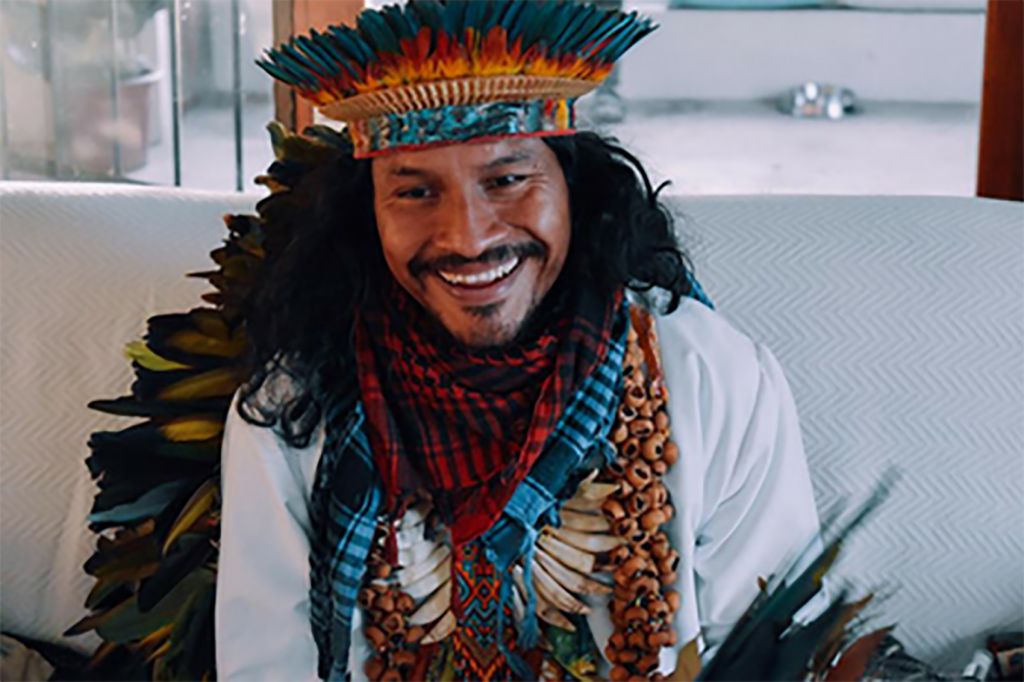 Taita Juanito is a title given to spiritual leaders of the Inga people in the Amazon. The title is a revered and respected one, earned through years of study under the grandfather elders.

Taita Juanito is a Doctor of the indigenous community of the Colombian Amazon, he walks the path of the Yagé and his family comes from a long lineage of traditional botanists. He began studying the medicine as a young boy. He learned the traditions of the Ingano people until he was twelve years old, before studying the Siona ways. Since then he has been learning and sharing with different communities.

Taita Juanito is a pillar of strength, hope and healing in his community, and now hopes to spread his message of love across the world to those who seek the path of sacred medicines. 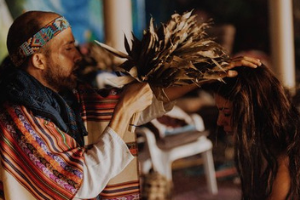 This retreat is facilitated by Eli Rechtschaffen. Since a young age Eli has been drawn to self-exploration and has felt a strong connection with the spirits of nature. This connection led him to explore the world of Shamanism and to intensively study with indigenous people in South America. His journey has taken him to the depths of the Amazon jungle to learn about their medicinal plants and to learn a way of healing people in the truest form as our ancestors teach. The lineage that Eli follows is carried by Taita Juan from the Ingano tribe of Colombia.

Each year Eli leads healing retreats in Costa Rica with people from all around the world. Eli lives year-round in Costa Rica and there he has his own shamanic healing practice and leads medicine ceremonies. Every year Eli visits Colombia to further his studies and dive deeper into the teachings of the Amazon and the sacred plant medicines. His life intention is to bring these sacred healing tools to all beings whose hearts are open and to support the collective awakening of all human beings. 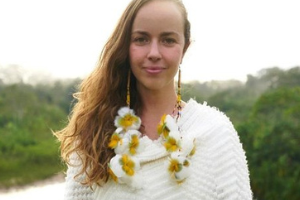 Renata Rocha is founder of Positiv App, a Brazilian meditation app and online therapies, and since 2004 she is dedicated to human development and expansion of Consciousness.
In 2011 she created YOUniversality, a Purpose and self-knowledge program and has facilitated more than a thousand individual processes and group retreats, as well as sacred women circles in Brazil.
Speaker and mediator of conversations and meetings between social entrepreneurs, humanitarian and spiritual leaders and changemakers. She organizes and facilitates retreats and Learning Journeys across Brazil and the world to study subjects such as Ancestral Tribes and their medicines, Mindfulness, Happiness and Well-being, narrowing the distance between cultures and knowledge, ancestry and technology, between the mind and the heart. 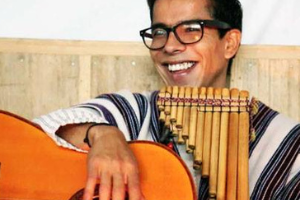 Juan David is a medicine musician of the highest caliber. Not only in his musical capacity, but in the way that he energetically and spiritually supports the holding of the ceremonial space. Juan David is a gentle soul with deep wisdom and this pours through his music, which can be felt to come directly from the ancestors.
Juan David has been studying with the medicine plants for over 20 years, as he began when he was just a small child. The importance of having a clear channel who guides the ceremony through music cannot be understated. And this is exactly what is received when sitting with Juan David.
It is because of Juan David’s deep dedication to this path, that he is a favorite medicine musician in this lineage. We are deeply honored and grateful to have Juan David guiding our boat during this journey of healing.