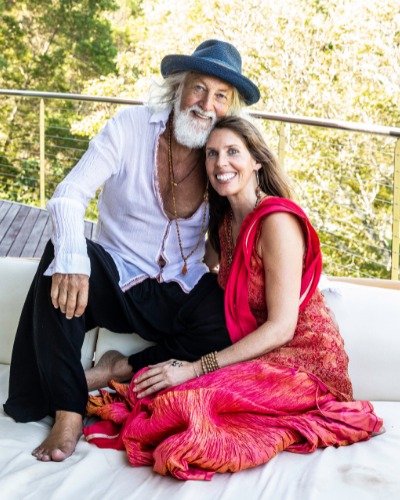 Flame carriers of a 5,000-year-old tradition, Deva Premal and Miten are at the forefront of the burgeoning worldwide chant phenomenon.

They are one of the major contributors to the soundtrack of just about every 21st-century alternative healing modality, from rehab/detox/stress management clinics to yoga studios, spas and meditation centers, shamanic gatherings and ceremonies in the depths of the Amazon, and throughout the world.

Deva’s mother was a teacher of medieval music, offering lessons in piano, harpsichord, and recorder, and leading a local church choir, and Deva’s father was a visual artist who had taken up Middle Eastern drumming when Deva was born. In addition, both parents had embraced Zen spirituality and Eastern philosophy, well before Deva’s birth, and had a daily practice of chanting in Sanskrit. When Deva was in the womb, for example, her father sang the Gayatri mantra to her daily, and when she was a little girl, he sang it to her nightly, as a lullaby. And so Deva’s childhood was filled with chamber music, drum circles, and mantras – in particular, the Gayatri mantra, which back then Deva had no idea was one of the most revered and powerful mantras of all.

For the most part, Deva did not appreciate her parents’ influence – musical or otherwise – until she was older. As a child, she just thought her parents were weird, and at the age of 10, wanting to be normal like the kids around her, Deva dove into studies of Christianity and pursued getting baptized. In addition, while Deva studied recorder, piano, and violin, and even enrolled in a school that emphasized music education and performance, she disliked the rigidity of classical music and the rigors of practicing. Even then, however, she was drawn to both choir and orchestra, because she enjoyed the act of creating music together, through community – foreshadowing her future. 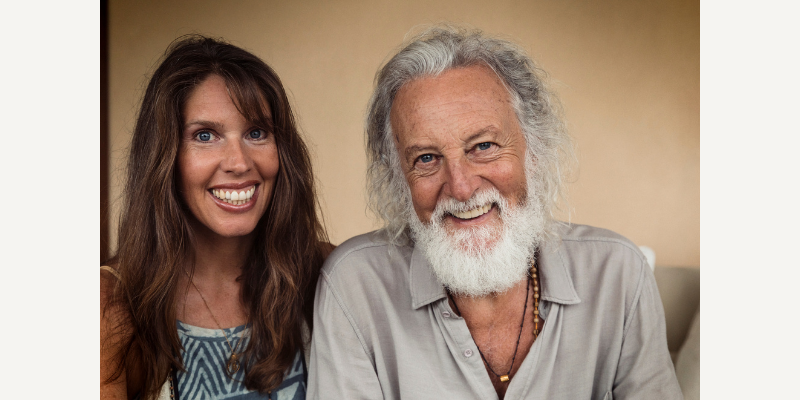 To the outside observer, British native Miten (then known as Andy Desmond) had it all: a wife, a child, and a successful career as a working musician – touring with, opening for, and being featured as a guest musician for bands like Fleetwood Mac, Fairport Convention, Hall and Oates, Randy Newman, and Ry Cooder, at stadiums worldwide. The sex, drugs, and rock & roll lifestyle, however, came with a hollowness and profound distortion that ate at Miten’s soul. At the end of the day, music seemed to be nothing more than a sales commodity, with musicians serving as industry pawns who generated cash for company executives, at the expense of true self-expression and art. After spinning through this world for years, feeling increasingly alienated from himself, his family, and life itself, Miten hit a spiritual crisis and underwent a breakdown, where the only way he knew how to save himself was to get up and walk out, on everything and everyone he knew.