Arjun Bruggeman, world percussionist, drummer, composer and session recording artist, is highly acclaimed for his unique hybrid of East-meets-West rhythms.
At the age of 9 Arjun started playing guitar, bass and drums. By the age of 14 he embarked on a touring career playing drums with punk rock bands. His interest in early progressive, metal and jazz rhythms led him into a creative journey and later found himself enthralled by world percussion. Simultaneously, Arjun practiced many forms of Eastern spirituality. Through these explorations he merged the inner quest with the exterior expressions of sound and found himself supporting spoken word with Coleman Barks and David Darling.
​
Arjun recalls, “I wanted to go deeper. I wanted to support something that was bigger than me.” This profound experience led Arjun to meet Krishna Das and a connection with Neem Karoli Baba.
​
Soon thereafter he began touring with Krishna Das worldwide and over the past decade has shared the stage with noted musicians Sting, John Densmore, Mark Egan, Jerry Morrata, Steve Gorn, Jackson Browne and David Crosby and Graham Nash. 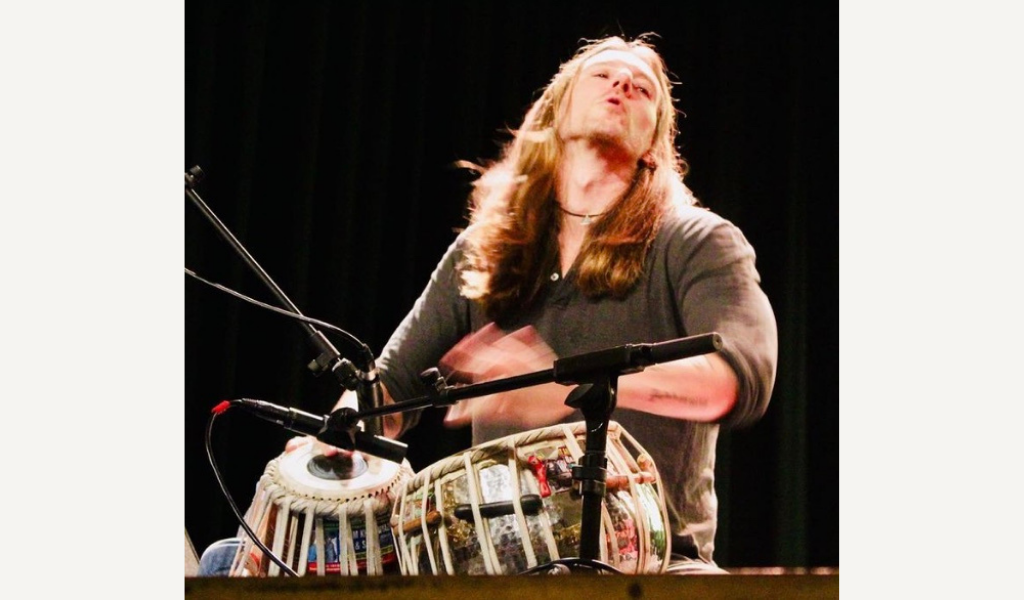