ATX Collaborators; Lisa DeLand ~ 5RDancing Fire Lizards, Mia E. Pem~ Ecstatic Soul Sessions and O’skar Madera ~ Tribal Joy invite you to Blue Spirit Costa Rica for this week of Dance, Yoga, Mayan Cosmology, GYROKINESIS® Method sessions, Meditation, down-time and community share opportunities. We invite dancers from around the world to join this gathering of like-minded movers from ATX. Let’s come together for renewing ourselves and this sacred act of meeting hearts and souls through the dance. 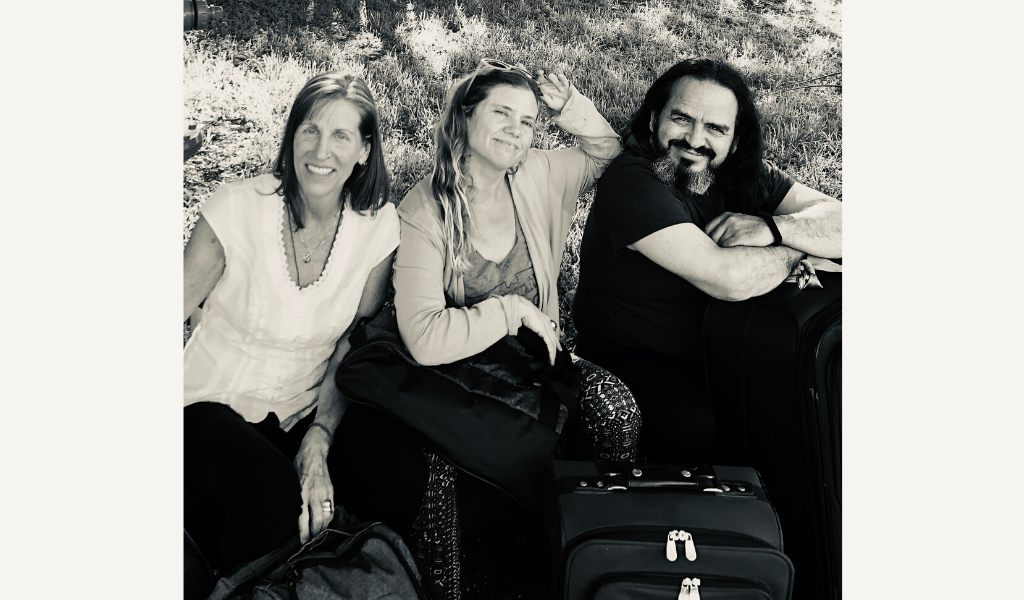 Mia E. Pem is a graduate of University of Colorado Boulder/Theater and Dance and Mass College of Art/Interrelated Media Studio. She has studied and taught many disciplines of dance and conscious movement as well as performed original dance works and created interactive movement environments in Boulder, Boston and Austin. She is now focused on being producer, facilitator and DJ for Ecstatic Soul Sessions in ATX, a Yoga/Meditation teacher and a trainer of the GYROTONIC® and GYROKINESIS® Methods. Her passion is to facilitate movement that heals, connects one with nature and inspires.

Lisa DeLand trained with Gabrielle Roth and is a certified 5Rhythms® teacher. Her interest in movement as a healing modality began when she was 6 years old, shortly after her mother died. Taking Ballet lessons with a retired member of the Bolshoi Ballet Company in Hannover, Germany, she found a way to process her inner and outer worlds though dance. After a near fatal car crash in 1966, resulting in major injuries to her knees and requiring plastic surgery to repair a toe on her left foot, Lisa stopped dancing. Though she danced some in the club scenes of the 80s, it wasn’t until Christmas Day of 1994 that she once again “found” a dance form in the 5Rhythms that engaged her body, heart, mind, soul, and spirit.

Teaching weekly classes since 2007, offering monthly women’s dances, individual sessions, special event dances and occasional workshops. Lisa’s life is a full and rich testament to the transformational power of conscious movement. “I’ll always be a student of the dance. Now, I’m also someone who holds space for other people to find their dance.” – Lisa

O’skar Madera began facilitating Ecstatic Dance in Austin, Tx in 1999 for BodyChoir. He served as Artistic Director of BodyChoir for many years before starting his own dance – TrIBal JOY in 2015. O’skar continues to hold space weekly as Tribal Joy in Austin. O’skar spent 15 years in the U.S military and 8 of those in Hawaii where he came to discover World Fusion music, and began his work as a Mayan Time Travel Consultant.