We’d like to invite you this year, 2022 to a new beginning, a place in which your sensory self of offering has been equated into already a new you.

This retreat will cultivate and teach how to introduce and work with what you already are. You know as we do our morning Sadhana together, it has a universal approach and connection to all like-minded communities. And therefore, we connect with our ancestors, our guides, our teachers. 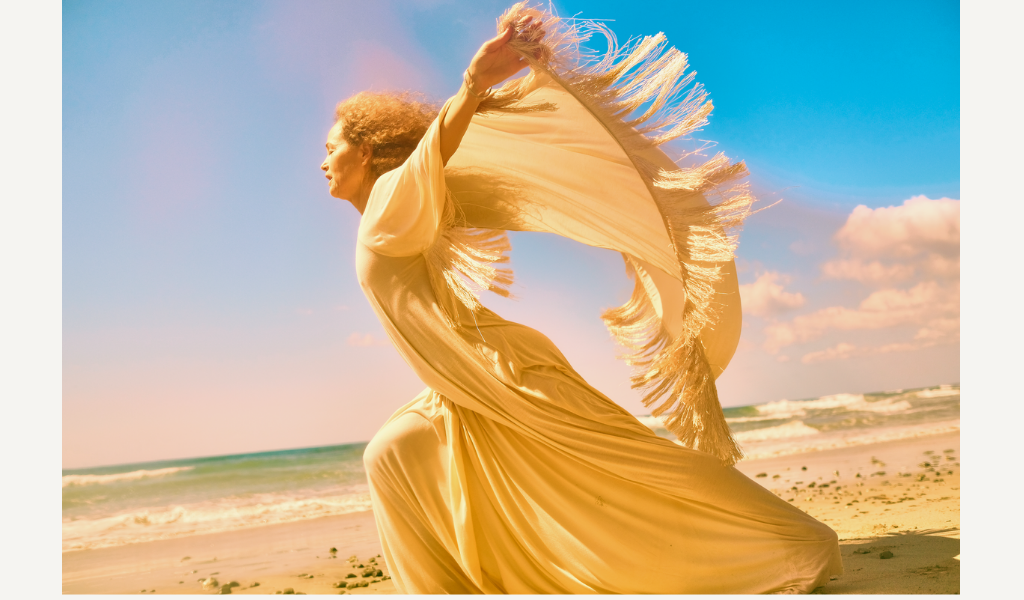 A devoted mother, daughter, sister, friend and teacher, Karuna brings her own unique brand of compassion, enthusiasm and pure joy to every Kundalini Yoga practice. Based in Boulder, CO, she teaches daily group yoga classes and private lessons, leads weekend intensives on varying themes including relationships, women’s issues and mastering challenges, and leads retreats internationally. She also is certified of ordination as Reverend Caroline Ashley order of universal Interfaith-Interspiritual Cleric and Minister.

Certified in teaching yoga to children, teenagers and prenatal moms, Karuna has taught for the Santa Monica/Malibu school system in California, leading classes for second and fourth graders, as well as high school students.

A classically trained actress and former Ford model, Karuna’s path to self discovery began long before she ever took her first Kundalini class. While studying at Bristol Old Vic Theatre School in England, she began teaching yoga professionally to actors, classmates, and private referrals. She later helped develop The Life Centre’s yoga program in London. As the actor, Anthony Hopkins, once said to her, “You have to find yourself to be yourself.”

Karuna continued to find more of herself as she studied Sikhism, Buddhism, and the Lakota Sioux healing tradition. As her exploration of spiritual practices continued to deepen, she attended a Kundalini yoga class in Los Angeles taught by Gurmukh Kaur Khalsa.

Immediately, Karuna was captivated by this amazing technology—unlike any other yoga she had experienced—in which posture, breath, mantra and meditation blend into a rich whole. Gurmukh invited Karuna to apprentice with her, and this was a great honor, as Gurmukh was personally trained by Yogi Bhajan, whose teachings are the foundation of Kundalini Yoga in the western world.