Sand, sun, and yoga anyone?! Join Melanie & Helena for 7 days of bliss at Blue Spirit in Nosara, Costa Rica! Fresh air, fresh food, two yoga classes a day, plus all the lounging, exploring, and relaxation you can handle: treat yourself to this BLISS! 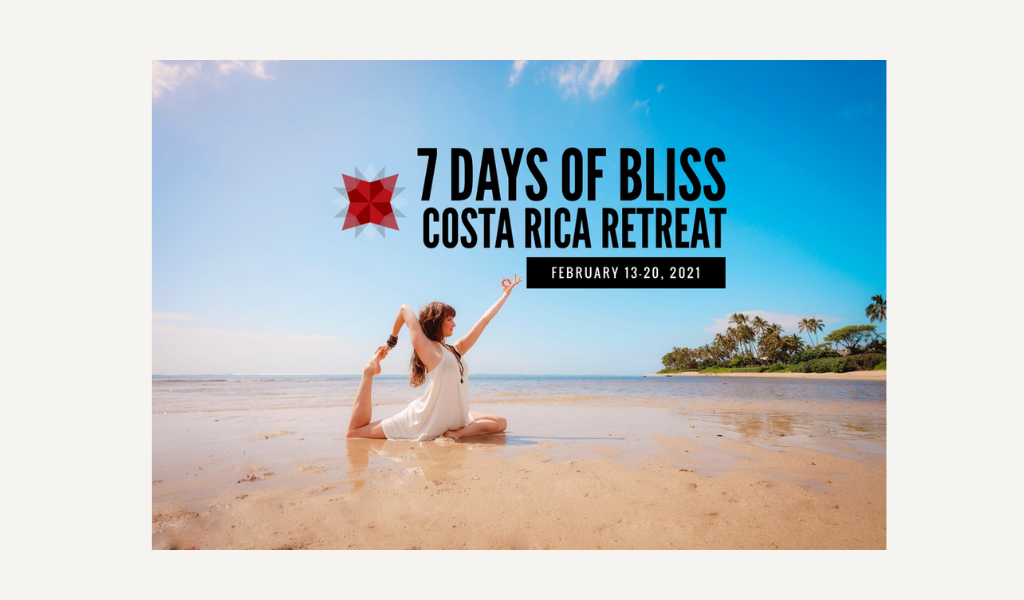 Melanie Caines is a Certified Yoga Teacher and the owner/operator of Nova Yoga & Nova Retreats. She is passionate about helping people improve their physical and mental well-being and has a strong love of movement; she teaches multi-level Vinyasa (Flow) Yoga classes infused with spirit, laughter, sweat, and creativity. She completed her 200-Hour Yoga Teacher Training in Vinyasa (Flow) Yoga at Sonic Yoga in New York City in 2008 and has also studied Prana Flow with Vinyasa goddess Shiva Rea; Melanie has studied with Judith Hanson Lasater to become a Certified Relax and Renew® Restorative Teacher and has also completed Divine Sleep Yoga Nidra® Training (led by Jennifer Reis) and Prenatal Yoga Training (led by Janice Clarfield). Melanie is currently training with Tiffany Cruikshank and Yoga Medicine, having completed the 30Hr Yoga Anatomy Module, the 60Hr Myofascial Release Module, and the 60Hr Restorative Yoga/Nervous System Module. Melanie is also a Certified Neurogenic Yoga™ Teacher and TRE® Provider.

Melanie is the host of three seasons of The Nova Yoga Show on Rogers TV. She has also released a yoga DVD called Nova Yoga Flow, filmed in beautiful Newfoundland and Labrador. Her latest project, Move with Melanie, a membership site for yoga videos online is now live: check out www.melaniecaines.com. Melanie loves to travel and leads delicious and exciting international yoga retreats in Costa Rica, Cuba, Mexico, Hawaii, and Europe.

Melanie was name one of the Top 100 Health Influencers in Canada in 2019, 2018, and 2017 by OptiMYz Magazine. She was nominated for the 2017 YWCA Women of Distinction Awards and the 2017 Canada Top 40 Under 40 Awards. She was named a finalist for the 2016 RBC Canadian Women Entrepreneur Awards and was named a finalist for the EY Entrepreneur Of The Year™ 2015 Awards. Melanie won the 2012 Start Up Business of the Year Award from NLOWE (Newfoundland and Labrador Organization of Women Entrepreneurs).

After coming home to yoga a few years ago, Helena completed an inspiring RYT 200 course with Shakti Studios and an RYT 500 Advanced Yoga Teacher Training in Ayurveda, the Energy of Yoga and Yoga Therapeutics with Satori Yoga and Healing. Helena holds a Professional Yoga Therapist designation with Kripalu Integrative Yoga Therapy and is an accredited, certified member of the International Association of Yoga Therapy (IYAT). Helena currently holds E-RYT 200, E-RYT 500, IYT 500, KYT 1000, and is a Yoga Alliance Continuing Education Provider. Helena holds a Naturopath designation with A.N.N., and is a member of the Kripalu Ayurveda Association.

Helena believes in the transformative healing benefits of yoga. Helena has a passion for the peaceful, balance of the ancient practice of yoga. She considers teaching a privilege and designs her classes with metta (loving kindness) to be accessible and enjoyable to all.