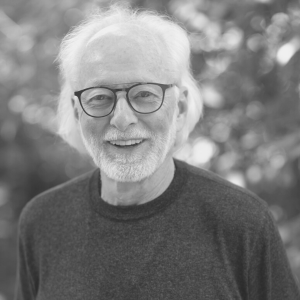 The Path of Purposeful Living

Why do you get up in the morning? A purposeful life is a clear answer to that question with choice, curiosity, and courage. Purpose is age-agnostic. It is fundamental at any age or stage to health, healing, happiness, and longevity.

Who Do You Want to Be When You Grow Old? The Path of Purposeful Aging

Check out Richard’s recent book launched in July 2021: Who Do You Want to Be When You Grow Old? The Path of Purposeful Aging
Click below to explore more.

Richard J. Leider is the founder of Inventure—The Purpose Company. As a global keynote speaker, he has helped more than 100,000 leaders from more than 50 organizations such as AARP, Ericsson, Mayo Clinic, MetLife, National Football League (NFL), and United Health Group discover the power of purpose.

He is ranked by Forbes as one of the “Top 5” most respected executive coaches; by Linkage as one of the “Top 50” executive coaches; and by the Conference Board as a “legend in coaching.” He is a contributing author to many coaching books, including: Coaching for Leadership, The Art and Practice of Leadership Coaching, Executive Coaching for Results, The Leader of the Future, The Organization of the Future, and his latest, Work Reimagined,

A Notre Dame Public Fellow in the ND Institute for Advanced Study at the University of Minnesota School of Management, Richard holds a Master’s degree in counseling and is a Nationally Certified Counselor and a Nationally Certified Master Career Counselor.
As a Senior Fellow at the University of Minnesota’s Center for Spirituality and Healing, he founded The Purpose Project.

Richard is widely viewed as a visionary and thought leader on the “power of purpose” and his work is featured regularly in many media sources including Fast Company, PBS public television, and NPR public radio.

His work has been recognized with awards from the Bush Foundation, from which he was awarded a Bush Fellowship and the Fielding Institutes Outstanding Scholar for Creative Longevity and Wisdom award. For 30 years, Richard Leider also has led Inventure Expedition walking safaris in Tanzania, East Africa, where he cofounded the Dorobo Fund for Tanzania.

What People are Saying About Richard J. Leider

“In a culture that offers little guidance for growing old, but excels at pushing elders aside, here’s a book that will help us age into the fullness of life. I’ve been reading Richard Leider and Dave Shapiro with gratitude for years, and once again they’ve offered grounded guidance for the fourth quarter of life. Life is always a gift beyond measure, and there’s only one way to keep a gift alive: pass it along in growth and service as long as we have the chance. We who have reached old age are among the lucky ones, and this book will help us turn our good fortune into an asset for the world. I’m still a young man (81), but this book goes into my backpack as I journey on.”
—Parker J. Palmer (author of “On the Brink of Everything,” “Let Your Life Speak,” “The Courage to Teach,” and “Healing the Heart of Democracy”)

“If we’re lucky, we grow old. If we’re wise, we grow whole. This powerful book is a poignant reminder that life is a crescendo. The plot thickens as life quickens toward the end. Richard and David help us make sense of this quickening to assure our life’s path is purposeful.”
—Chip Conley, Bestselling author and founder of the Modern Elder Academy

“The books by Richard Leider and David Shapiro gave me a road map to find my life’s passions and purpose. With this book, they lead an exploration into powerful and meaningful aging with fresh perspectives from inspiring people. Enjoy!”
— Cathy Wurzer, Author and Emmy award-winning public radio & television journalist

“This excellent book gets to the heart of what I believe is the heart of healthy aging well: purpose matters. It is a manifesto on how to age well. Please read and share.”
—Dan Buettner, National Geographic Explorer, New York Times bestselling author, of The Blue Zones